Steven Keen - so did he climb or what?

Haven't been on for quite a while.

How did this one turn out?

he did an interview on switzer yesterday - quite interesting. he admits he will have to walk as they extended the first home vendor grant longer than he anticipated. he says we are still in for rocky time as deleveraging and deflation grip for 10 or 15 years and reckons his 40% will come to pass in the fruition of time

Oh - and I just noticed 'that other' site has closed down.

I hope my UK colleagues can migrate to ****.co.uk

Once more I sincerely apologise for the inconvenience caused

OK Alex - you can come back now 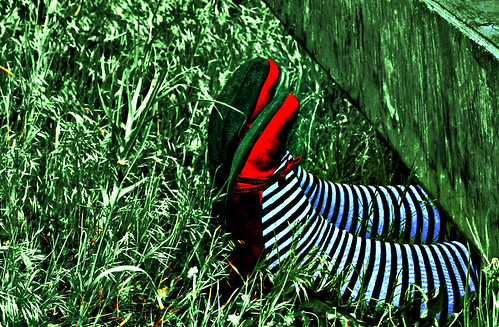 I thought the bet was for a percentage over 5 years...not 12 months or whatever it's been
W

hobo-jo said:
I thought the bet was for a percentage over 5 years...not 12 months or whatever it's been
Click to expand...

The way i read it he was saying over a ten year investing span,i'll try and find the page and post it..willair..

STEPHEN LONG: Now Steve Keen, you've got a bet with a market economist, Rory Robertson of Macquarie, involving house prices, men and mountains. Do you want to explain that bet and how it works?

STEVE KEEN: OK. Now this was sprung on me by Rory to talk at parliament house. The basic details are that if I'm wrong, I have to walk from parliament house to Mt Kosciuszko, if Rory's wrong he's got to do the walk. The conditions that Rory put forward were that if prices fall by less than 20 per cent, I have to walk. If they fall by more than 40 per cent, he has to walk, and there's a dead band in the middle.

The bet from my point of view was always peak to trough. Whatever the peak ends up being, to whatever the trough is over a 10 to 15 year period I expect it to be at a 40 per cent fall. For the sake of closure, we also agreed that the house price index was 131 on the ABS since September 2008. If it breaks that level before 2010, then I will take that as me having lost the second stage of the bet.

STEPHEN LONG: In plain and simple terms then, if house prices have gone up by the end of this year, then you have to walk from Canberra to Mt Kosciusko?

STEVE KEEN: That's right and if they then end up falling later than that stage by 40 per cent from whatever their peak is to whatever the trough ends up being, then Rory has to do a walk and he's a slightly older man than he is now.
Click to expand...