Just curious to learn what speculative investments/decisions you've made in the past, and how they panned out. Shares, property, business -- whatever.

I'm even more curious as to roughly how much of your net worth was involved.

I'm sure there will be some all timers, and some disasters so fire away.
C

One mil on the stock market currently. Time will tell. Blue chip stocks across banking, telco, mining and supermarket sectors. All invested in the past month or two.

I think lotteries are a big waste of money but a couple of years ago I got drawn into the hype for one the the massive draws. I bought my first ever lottery ticket and spent $20 and won $370. Thought that was a pretty good ROI

Seriously though, my biggest one is still in progress, what this space!
E

Nothing big, I have low tolerance to risk...

Couple hundreds bucks trying forex - lost all. I think this is gambling than investment tho

About 5k in shares in biggish blue chip-ish company, 4 ou of 5 grown by 15%+pa, one barely moved so I sold it and buy other. All shares bought with little idea on why I should buy them apart from they're blue chip or recommended in Money Mag

If you want to include, property of course. Bought 2 sight unseen@200K ish each, used BA to reduce risk.
C

Ace in the Hole

Imported a 20' container of pool/billiard tables, cheap domestic type, for about 12k all up costs 10 years ago. Sold out in a few weeks and more than doubled cost. Next container returns were triple costs.
At the time I was working full time as a builders labourer.
Pretty much been growth year on year since, no longer doing pool tables but still in sporting goods industry.

That initial purchase used up all the spare cash we had, and only had a single PPOR back then with 80% mortgage.
E

Richard Feynman said:
Just curious to learn what speculative investments/decisions you've made in the past, and how they panned out. Shares, property, business -- whatever.
Click to expand...

Started with circa $200; got it up to $10k, walked out with $5k. Probably returned a few times and donated that $5k x 3 to the casino. Haven't entered a casino in at least a decade.
O

I've made $3-4k online betting over the last two years (I know this for certain because i keep record). Although I just wait til they give me free bets and then lay bet the result elsewhere. It's guaranteed money. You can't actually lose.

I occasionally do some NFL multis for $10. They are easy to pick!

I misread the thread title. I thought it was asking for my biggest puns.
A

In the process of selling my IP's and PPoR with the intention of renting a place in a sleepy regional Qld town by the sea and enjoy the simple life, and living debt free for a bit. Got a feeling that regional Qld will at best stagnate, and at worst get smashed in the next couple of years.
P

Arnoldus said:
In the process of selling my IP's and PPoR with the intention of renting a place in a sleepy regional Qld town by the sea and enjoy the simple life, and living debt free for a bit. Got a feeling that regional Qld will at best stagnate, and at worst get smashed in the next couple of years.
Click to expand...

Made a few not sure they are classed as speculative/investment -

1. My wife and I had pretty good jobs when we first married - I had a ProShop business and she had a cosy nursing job.

Decided we wanted a change and decided to sell up, move to the Peninsula, start a B&B/Golf teaching resort.

Found a suitable property which needed to be developed to the state we needed to run the "dream", bought that (before selling the PPoR) and hocked ourselves up to "poosie's bow" and away we went - still kept the jobs up in town.

Renoed the property for about a year, got the driving range up to speed, then pulled the pin on the respective employment and started.

Two odd years later we found we were making no money for a lot of effort at the B&B/golf resort, still had to work full time and were having nervous breakdowns...sold the property to "get out" but managed to double our money in the process! Good investment in hindsight.

2. Bought 2 x IP's in Kalgoorlie in 2003. We sold one a couple of years ago due to financial probs, but both doubled in val during that time, and were pos geared from day 1. Good accidental investment.

3. Moved whole family to USA for 3 years so my wife could fulfil dream of O/S nursing work. I didn't work at all (Mr.Mom), and we managed to send some cash back for much-needed debt reduction. Speculation which turned out well.

4. Used PPoR equity to buy mechanical workshop - cost $420k including stock and equip. Five years later...no idea what the worth is (3/5ths of F/all), but the turnover is almost half first year turnover....a bomb so far.
V

Back in the day took out an $20k unsecured personal loan and put it all on one share. Sold up 1 year and 1 day later for just over $50k, nice $30k profit. 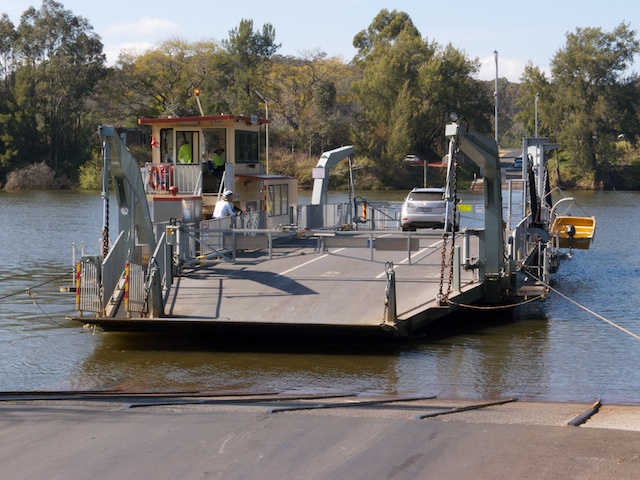 Bought a chunk of Nearmap shares in the early days when they were just monetising.

Just had a feeling - saw how useful the site was for many differenct professions.

Buy around 5c. Sold just a few months later at around 12c.
Huge % increase in a short space of time, so thought I better get out.

Where are all the folks who tooks punts on shares during the dotcom boom etc?
P

Where are all the folks who tooks punts on shares during the dotcom boom etc?
Click to expand...

Sitting on a beach in the Bahamas not worring about Sydney house prices.

A couple of standouts.

$10k+ into a junior explorer (CCU) at 6c. Took profit, selling the lot in tranches between 60c and $1. Company recently went bankrupt.
C

Richard Feynman said:
Where are all the folks who tooks punts on shares during the dotcom boom etc?
Click to expand...

went from broke to near millionaire in 12 weeks punting tech stocks. 21 year old clearing 20k per week for a while.....then it all went to crud. Learnt a lot in the process.

One trade stood out, can't remember the name of the stock but I got the drop on a burnt out mining stock that was about to change its focus and become a tech play which was the modus operandi du jour. Loaded up 100,000 @7c to get my 1 for 1 entitlement. Went ex, stock was at 12c took the option for another 100,000 at 7c and sold out my initial stake = +5k. Stock took 6 weeks to be allocated. By that time the stock had soared to 56c. I sold out at 47c so another 40k in the bag on top of the initial 5. All in a days work during those heady times.
You must log in or register to reply here.
Share:
Facebook Twitter Reddit Pinterest Tumblr WhatsApp Email Share Link
Top