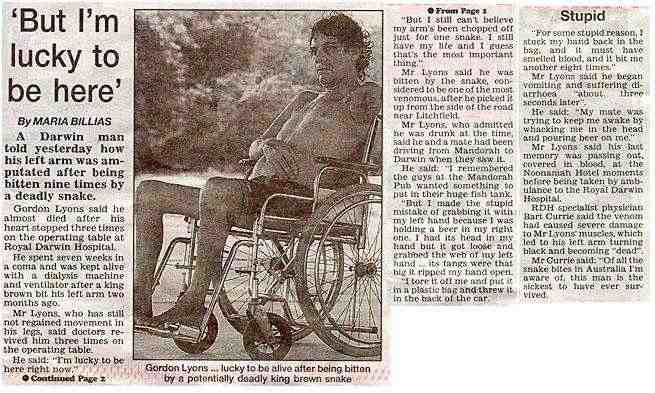 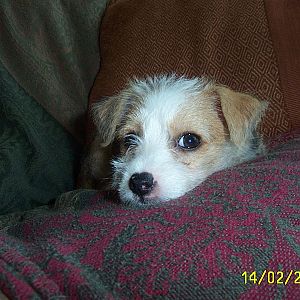 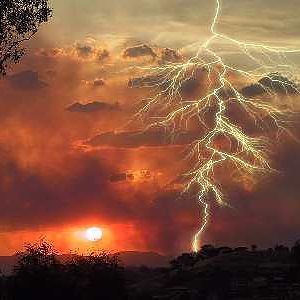 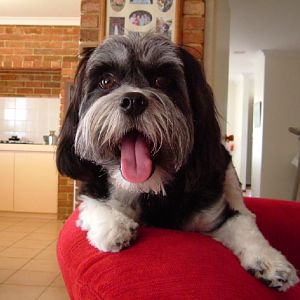 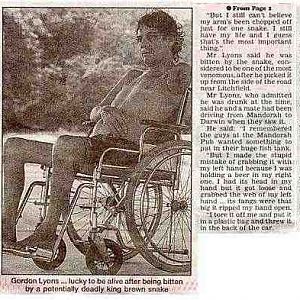 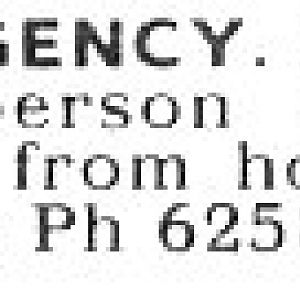 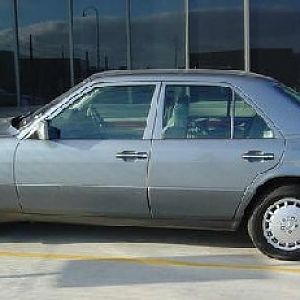 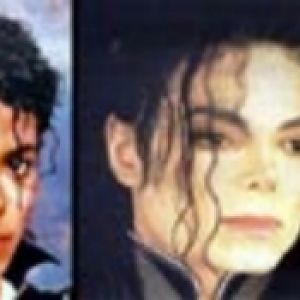 Man fails to kill himself despite inciting brown snake, which bit him nine times

THE man whose story of being bitten nine times by the same deadly snake went around the world many times has been found - living quietly in the Northern Territory.

Darwin-born Gordon Lyons, 55, said his battle with one of the world's deadliest snakes was no drunken mishap - he was trying to kill himself.

"I had lost my wife and was fighting for custody of my kids," he said. "I decided I didn't want to be here. I put the snake on me. I caught it and let it bite me."

Mr Lyons was driving along Mandorah Rd on the Cox Peninsula 12 years ago with a friend when he saw the snake.

"We stopped and I caught it," he said.

The snake was put in a bag and the two men continued their journey.

After a few minutes, Mr Lyons made a spur-of-the-moment decision - to let the King Brown kill him.
"I took it out of the bag, shook it to stir it up and it bit me, again and again," he said. "My mate was a big, burly bloke but he was horrified. He was crying."

Lyons had an arm amputated and almost died on the operating table after his heart stopped.
oh dear ....